Firstly, this is an update to you regarding Blue Abyss’ progress over the past 12 months and secondly, a sincere wish that you have come through this last year healthy and, if possible, unscathed.

I’d also like to take this moment to give my sincerest thanks, once again, to Jeremy Banks (@banxcartoons), whose fantastic illustrations have become synonymous with the Blue Abyss December (Christmas!) update.

In searching for a well-known scientific and scholarly quote with which to start this update, I came across the words of Arnold Schwarzenegger;

I feel good. Because I have made progress...

2021 might well be defined by that sentiment for Blue Abyss, too!

Against the backdrop of our personal lives and the political landscape dominated (again) by global health issues, the Blue Abyss team has continued to work incredibly hard and as the year draws to a close, we find ourselves tantalisingly close to realising the Blue Abyss vision.

It feels as though we are finally within touching distance of building the first centre here in the UK and, thereby, facilitating the training, testing and evaluation which will prepare humanity and technology for operation in extreme environments through the 21st Century and beyond.In addition, creating valuable, educational resources and outreach opportunities which will raise aspiration and awareness among people around the world and promote the critical importance of sustainable blue and Space economies.

It has been quite a year!

In June, coinciding with congregation of world leaders for the G7 summit in Cornwall, Blue Abyss announced it will build the flagship UK facility on a 10-acre site at Newquay Aerohub, adjacent to Spaceport Cornwall, from where the UK's first space launch is set to take place in 2022. The announcement received fantastic local coverage and a wonderful warm welcome from government, businesses, and residents alike. It was the most read article on the BBC website that day and gained significant international coverage, from the USA and Canada, to India, Italy, and even as far away as Indonesia!

As a maritime county with innovation in its DNA, Cornwall is transforming itself into a region at the forefront of innovative technologies and frontiers and in the vanguard of the fight against climate change. The breadth of innovation we are seeing in Cornwall today is staggering. From building the first geothermal power plants in the UK, to sustainable extraction of technology metals, to planning for a floating wind power revolution; Cornwall is at the forefront of the journey to a net zero carbon economy.

What has driven the decision to locate in Cornwall is the dynamic and recent confluence of sectors we have not seen anywhere else. It is difficult to think of another part of the UK that draws together so many disparate elements which Blue Abyss complements so well.

Perhaps the most material development this year is the collaboration with two significant, and extremely credible, investors who between them are tabling the investment required to build this first Blue Abyss facility in Cornwall. My personal thanks go to those investors who have stood shoulder-to-shoulder with us as partners and advocates of Blue Abyss, both in Cornwall and as a major infrastructure project for the benefit of the UK.

During the year we have been incredibly grateful to receive numerous letters of support, expressions of interest and endorsements from commercial organisations, agencies and individuals interested in the Blue Abyss facilities. This really helps grow our network of partners and customers.

We have had dialogue with potential partners and clients and conducted presentation workshops with members of various organisations. We are working actively with our friends and neighbours in the Cornwall marine, defence and Space sectors and we are currently in discussions regarding further regional, national and international collaborations.

The core team has grown during 2021, with the addition of a Chief Financial Officer and Head of Brand. We also have some wonderful potential additions to the Blue Abyss Advisory Board in both the Space and Marine sectors which again, we’ll share more on, when we are able. Meanwhile, the team has been busy as always, representing Blue Abyss at expos and events in their various territories and areas of expertise.

We are very optimistic that we will be able to start work with on-site ground investigations early in the New Year and we will continue pre-planning activity, alongside client and community engagement and ongoing business development.

It really feels like we are approaching the finishing line for this particular phase and we welcome conversations with potential partners, customers and colleagues as we head into the New Year. 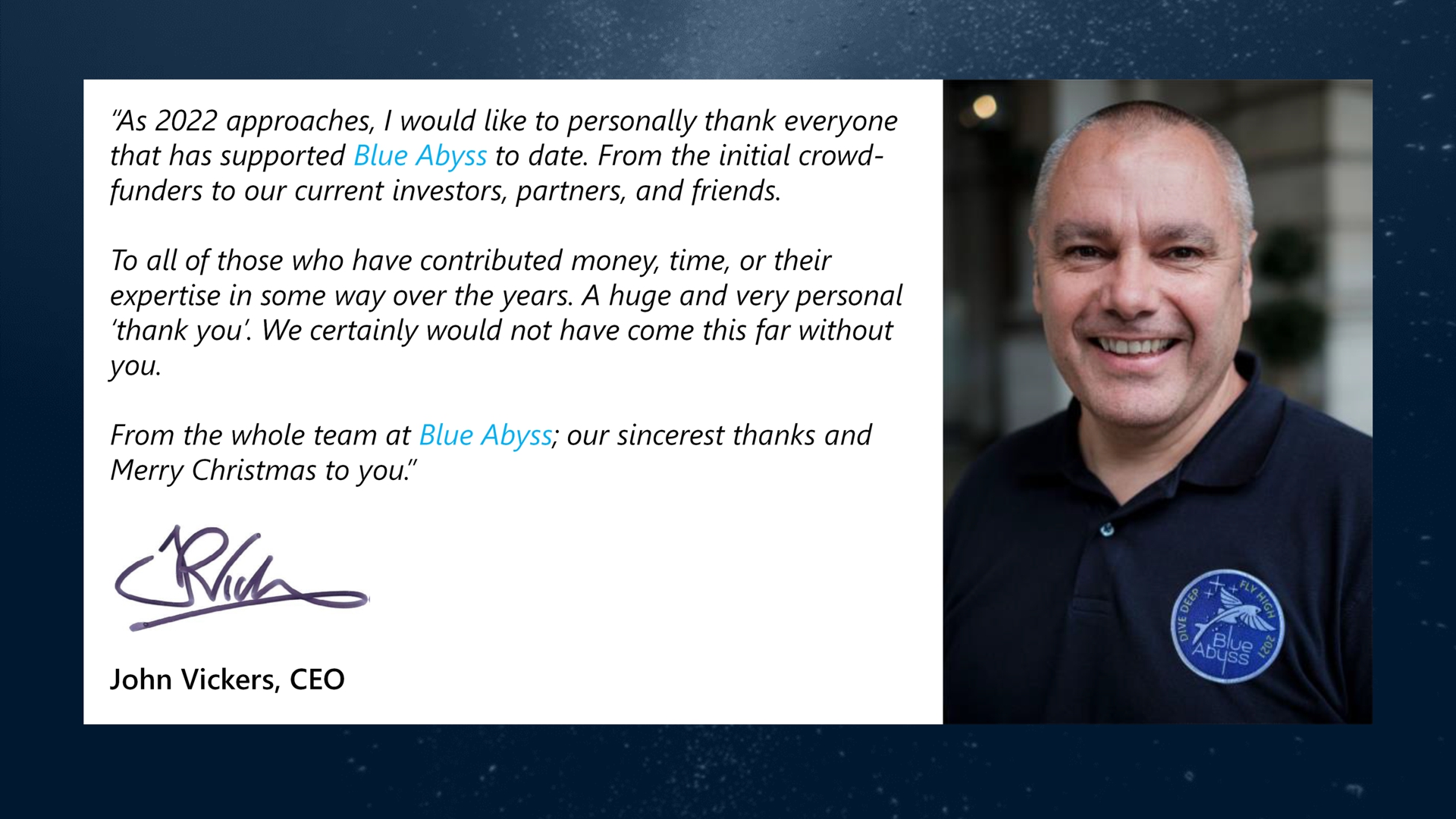 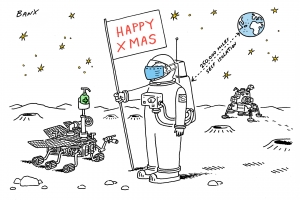 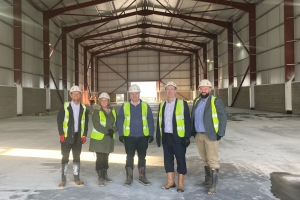 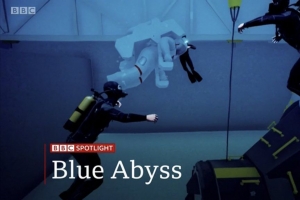 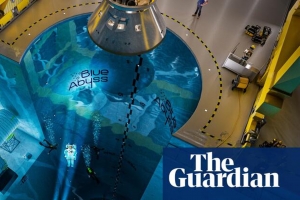 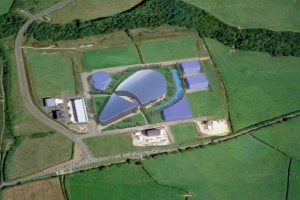