A bright future for STEM as we explore our universe

All over the world there are new, innovative projects designed with the goal of expanding our knowledge beyond our natural reach. The deepest seas and the darkest corners of the universe are now more accessible than ever. It is purely down to the ambition and the drive of the people behind projects like Blue Abyss that make these wildly dreamy-sounding adventures a reality.

During a recent live periscope Q&A, former International Space Station commander Col. Chris Hadfield answered a question I posed regarding the future of the space industry in the UK. “It is much the same as anywhere else, and it’s hard to predict the future”, he commented.

“Tim Peake flew very well in space, and there are lots of projects going on. It is a combination of initiative, people, policy, and finance but I don’t think it has ever been brighter”. With those words from such a well-accomplished astronaut, there is no doubt that the UK is heading in the right direction.

There are lots of projects going on. It’s a combination of initiative, people, policy, and finance but I don’t think it has ever been brighter.”

Retired Canadian Astronaut, Chris Hadfield, on the future of the UK Space Industry

The fact that the UK is heading in this positive direction is because of the vision of projects like Blue Abyss. Not only do we have the option to aid training for those humans leaving our planet, but also to prepare for the work and research that we can undertake on moons of other planets in the future. 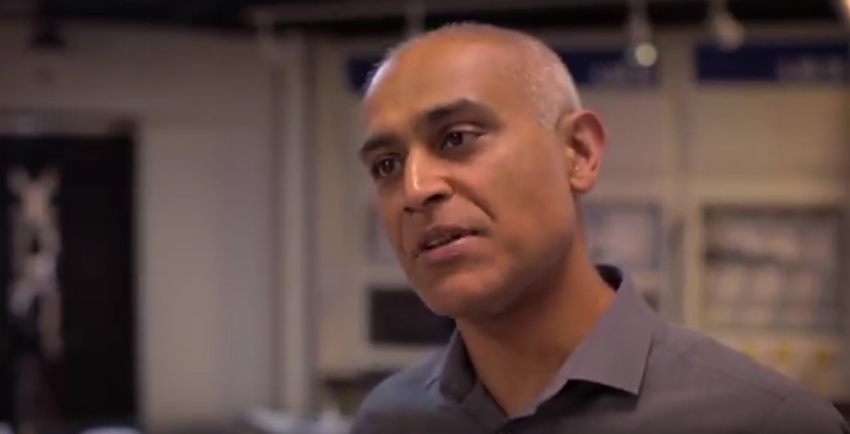 Water is fundamental to life, whether on our planet or any other planet in the universe. One of the most frequently asked questions regarding space revolves around the existence of aliens. Presuming we mean scientifically, and not sci-fi E.T. type aliens, then yes, almost certainly. The first thing we tend to look for when searching for possible inhabitable worlds is the presence of water, simply because it is synonymous with life, no matter where it is.

Blue Abyss realise this and have focused the whole operation around the medium of water. With the largest and deepest indoor pool of its kind globally, Blue Abyss will deliver a training environment like no other. Whether it is human space flight preparation or robotics development for deep-sea exploration, these applications are just some of the countless opportunities that Blue Abyss will provide.

On a personal note, I am incredibly excited that such advances are being made in the UK. As an aeronautical engineer with a keen interest in advocating STEM subjects and careers, Blue Abyss is moving in all the right directions.

The ambition of those involved in such projects is truly inspirational and this serves as a great reminder that STEM underpins every step we take as a human race to explore and go further.”

The next few years promise to be full of impressive announcements and achieved milestones. Together, we can surely fly much higher, and dive much deeper.

Ryan Durnall is a Mechanical Aircraft Technician trainee at the Defence College of Aeronautical Engineering, RAF Cosford. Prior to this, he spent 14 months as an Aircraft Maintenance Mechanic on XI(Fighter) Squadron, RAF Coningsby. XI(F) Squadron operated Typhoon fast jet aircraft, its primary role to defend UK airspace through Quick Reaction Alert (QRA) duty. When not involved in QRA, Ryan was responsible for the serviceability of multiple aircraft and assisted mechanical and avionic technicians on numerous occasions.

Aside from his role as an engineer and interest in flying, Ryan is a STEM ambassador, Aviation Skills Partnership ambassador and a volunteer at Spacecareers.uk. His passion for the aviation and space industry at all levels has opened up many opportunities where he has been able to enthuse the next generation of engineers, pilots and scientists.