When John Vickers met structural engineer and submersible inventor Robert Leeds, he discovered more than he bargained for. John and Hugh Keir met with Robert in his Essex workshop to discuss the suitability of using Blue Abyss for testing submersibles, and left with plans to build the first simulated Mars habitat.

Like John, Robert Leeds has spent most of his life with a love for the underwater world. And also like John, it is his entrepreneurial passion for invention and pushing the boundaries that has driven him to combine the two. In 1993 Robert established Subeo with the aim of building affordable submersibles and habitats designed for mass production. Robert took his inspiration from car manufacturers. He set out to enable customers to tailor a submersible to their needs and budget, with certain features being standardised to minimise production time and cost.

In 2000, Robert won a DTI Innovation Grant and secured private funding to build a prototype. This evolved into the 2-person submersible named ‘Gemini’ pictured above. Unlike ‘wet’ submersibles where occupants have to wear aqualungs, Gemini allows its occupants to remain dry in a pressurised environment to depths of 50 metres. Gemini offers a wide range of recreational and commercial applications, including environmental audits, archaeological surveys and pipeline inspections.

In order to safely test his inventions operationally, Robert requires a large indoor facility. In the past, he has been forced to travel to France due to the lack of suitable local facilities.

It’s imperative that we test new submersibles in a safe and controlled environment before sending people out in open water. To do this effectively, we need a hyperbaric chamber to simulate its operating depths and a large indoor tank with wave simulation to test challenging drive conditions. Blue Abyss has all of these attributes. This will be of enormous value to submersible and autonomous vehicle manufacturers alike,” says Robert.

The Blue Abyss aquatic centre will feature the world’s largest and deepest indoor pool of its kind, with a poolside crane and roof aperture for larger items. Its size in volume is equivalent to 14 Olympic sized pools, making it the ideal facility to test underwater vehicles. In fact, the pool is so large that it can easily accommodate for replica sections of spacecraft or ships. It was whilst discussing the capabilities of Blue Abyss that John became fascinated by the pressurized habitat concepts on display in Robert’s workshop.

Pictured below, Robert’s subs are designed for the extreme environments of deep sea. The interconnecting geometric pods and tunnel network form an innovative underwater venue to simulate Space living. 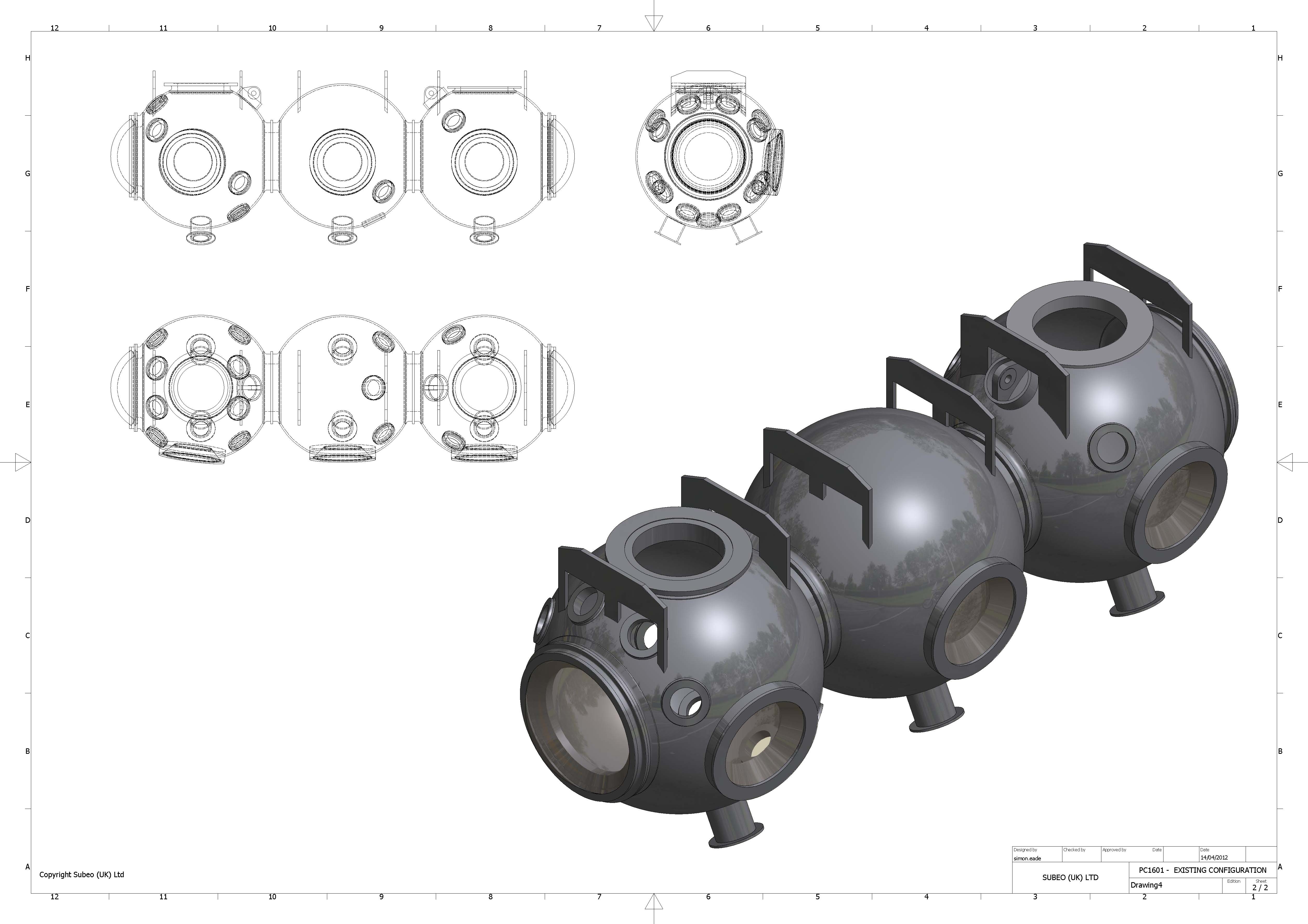 Robert is fantastically inventive and visionary. We are confident that Blue Abyss can provide the test-bed he needs but we are also excited by Robert’s designs for underwater habitats. One of our markets is corporate reward and gift experiences. We aim to facilitate experiences for the general public to enjoy, for example, training to become an astronaut or a taste of living in Space. With the size of the Blue Abyss pool, we can submerge all kinds of craft and habitat. Add to that the lighting controls, and we can create man’s first experience of a night on Mars,” says John.

How do you fancy experiencing a night on Mars? Whether we are testing submersibles, training astronauts or providing the experience of a lifetime, Blue Abyss offers it all. We can not wait. Can you?

Over the years, Robert has worked in the Middle East as an underwater structural inspector and he has developed underwater camera cases, tugs, ‘wet’ submersibles and large tourist subs. More recently, he has worked on structural design projects including the new Forth Road Bridge in Scotland, the Emirates Air Line cable car across London’s River Thames, and some aspects of decommissioning the Magnox Nuclear Power Plants in Essex and the West Country.