John Vickers and Professor Simon Evetts met with Professor Bob Stone recently to discuss how the HIT team’s human factors expertise and simulation technologies could provide realistic training environments for our future astronaut customers and education programmes. Not only did they form a clear view of what could be achieved, but they came away with another eminent leader in his field keen to be a consultant to the Blue Abyss team.

Utilising cutting-edge mixed reality, in effect blending the best of the virtual with the best of the real, will enable some of the extreme environment simulation services we provide to be more realistic, making that step from training to reality all the more easier,” says Professor Simon Evetts.

One of the first Europeans to experience the NASA VIEW Virtual Reality (VR) system in 1987, and having established the first industrial VR team at the UK’s National Advanced Robotics Centre, following an appearance on the BBC’s 9 O’Clock News in January 1993, Professor Bob Stone brought together (initially) 12 companies to fund the world’s first industrial collaborative project addressing the commercial applications of VR.

After helping his Russian colleagues to develop the first ever VR model of the Mir Space Station, in May 1996, Bob was elected to become an Academician of the Russian International Higher Education Academy of Sciences in Moscow and was, in 2000, accredited by General Klimuk, the then-Director of Russia’s Gagarin Cosmonaut Training Centre as responsible for “introducing VR into the cosmonaut space programme”.

Bob adopts a very pragmatic approach to Human Factors research and he regularly spends time conducting observational studies in the field with subject matter experts in order to ensure the relevancy and impact of any research he and his students undertake. This approach has taken him from Royal Navy vessels conducting close-range weapons and missile trials to underwater operations onboard submarines and rescue submersibles; from oil and gas support platforms in the North Sea to remotely operated vehicle trials in the waters around Scotland; and from search-and-rescue helicopters over the mountains and coasts of Wales and Cornwall to operating theatres and medical units throughout the UK, US and South Africa. 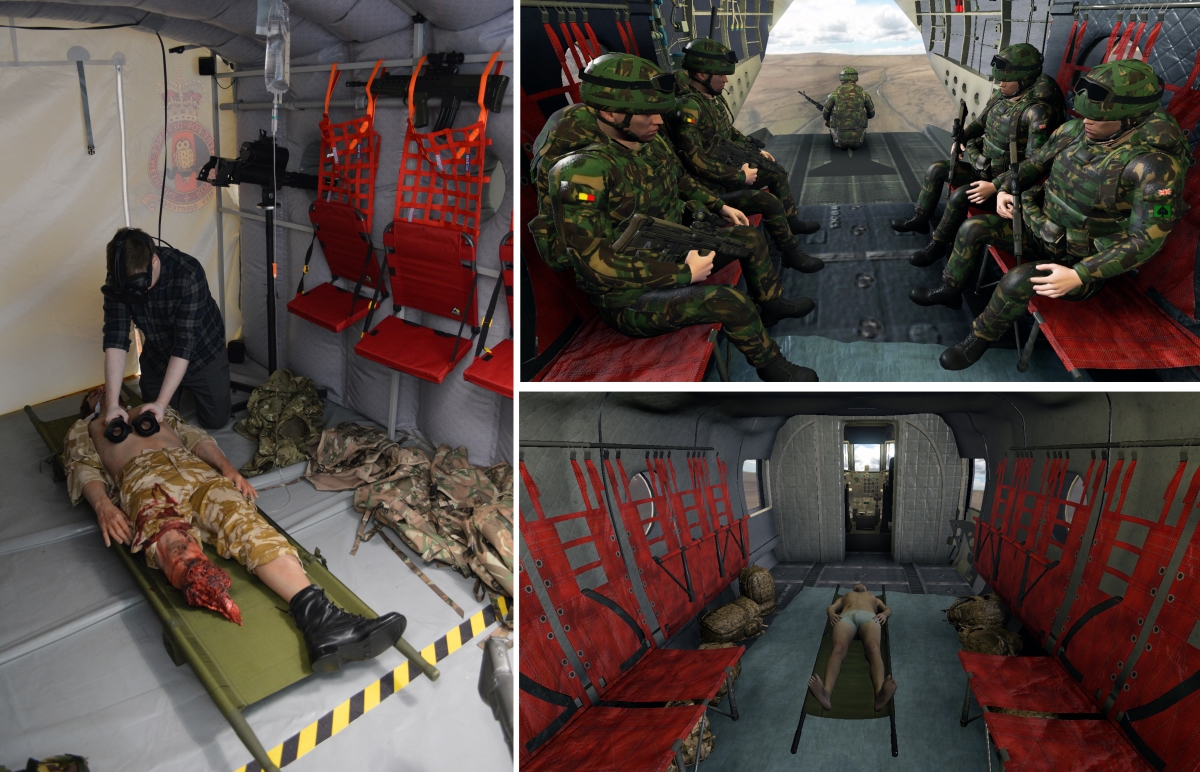 Bob’s work has received numerous national and international awards for his Virtual Reality and Telepresence efforts, including, uniquely, three from the Institute of Ergonomics and Human Factors, and, in 2011, the MoD Chief Scientific Advisor’s Commendation for his contribution to Defence Science and Technology.

When my team and I met with the John and Simon, it became obvious that, not only did we share many years of experience in the subsea and space arenas, our aspirations regarding the use of innovative technologies for the future training of astronauts, divers and operators of sophisticated telerobotic systems were 100% aligned,”

says Professor Bob Stone, "add to that the education and STEM elements of what we do for schoolchildren, undergraduates and postgraduates alike, and we have some really exciting prospects for future inner and outer space engineers!”