In the workshop, John Vickers and Professor Simon Evetts presented our ambitions to facilitate robotic and human deep-sea and space R&D, training and testing and highlighted the collaboration that could exist between participants in the subsea and space environment sectors.

Participants from the different disciplines were able to identify common fields of endeavour that might enable them to forge vital connections with each other through Blue Abyss. The workshop also fostered a greater understanding about the intentions and capabilities of Blue Abyss.

The demo featured a conceptual scenario based on deploying manned and semi-autonomous systems to support early surface surveys on Mars. As well as various planetary installations and surface experiments, it included a heads-up (EVA helmet-projected) display that simulated the transmission of “live” imagery from an unmanned aerial vehicle whilst in flight, and the return of the “astronaut” to a rover vehicle to escape an incoming dust storm. 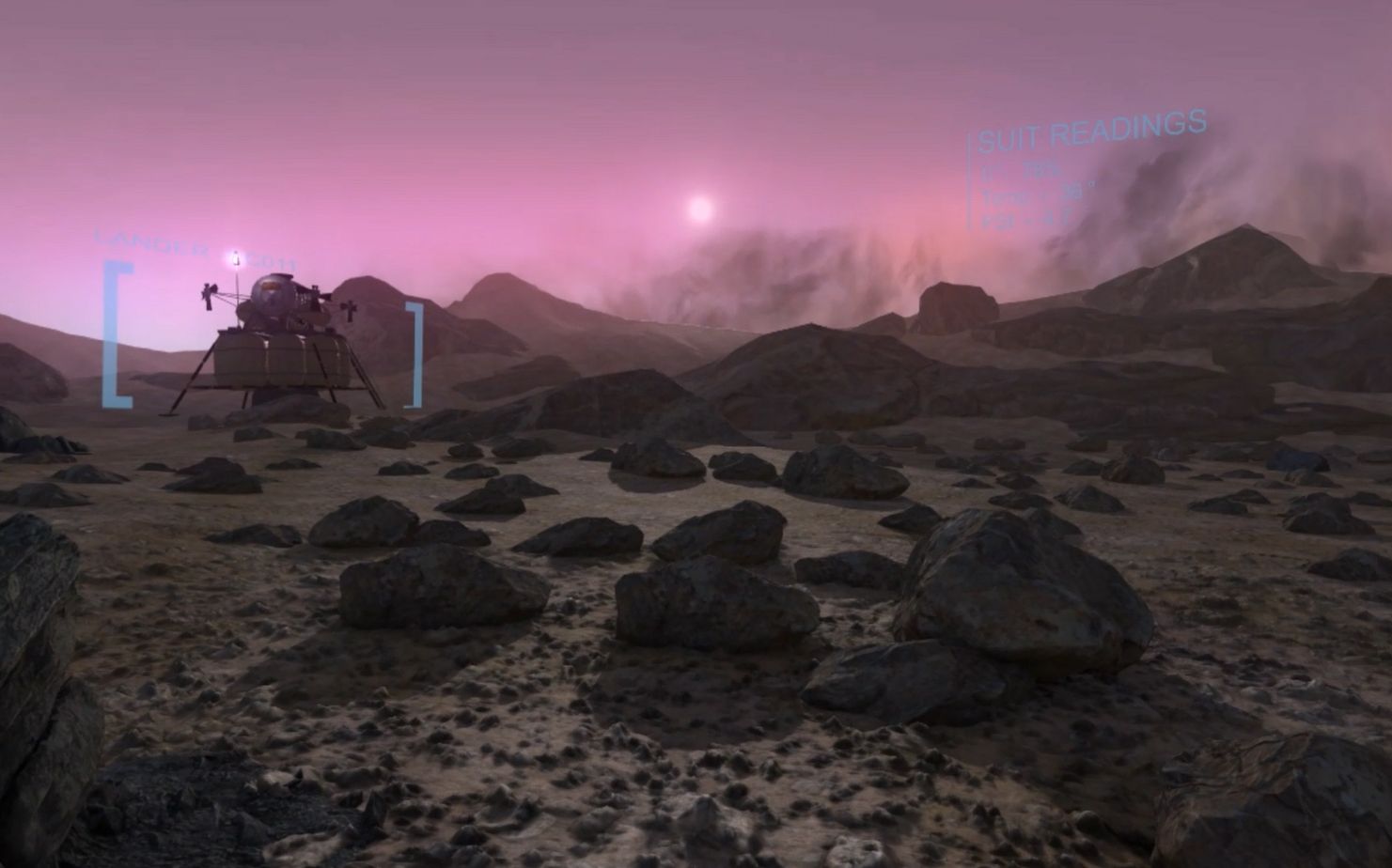 Check out the demo now

Led by Professor Bob Stone, the HIT team will collaborate with Blue Abyss in three key areas with the use of virtual, augmented and mixed reality technologies:

We continue to engage and evolve through collaborations to ensure that Blue Abyss remains relevant and leads in the field of human spaceflight and marine training and research.