Six Life Lessons Learnt on My Quest to Merge the Marine and Space Sciences: Part 1 of 3

Marine Biologist, PADI Divemaster, and human spaceflight aficionado Jenn Thomson calls herself an ‘Aspiring Ocean Astronaut’. In this three-part series, she shares life lessons, learned through the pursuit of merging her sea-to-space passions…

Hi! My name is Jenn, and I’m a marine biologist, diver, illustrator, and Honorary Research Fellow. I am passionate about the underwater and the other-worldly adventures of both deep sea and space and would love nothing more than to combine these sectors!

Around five years ago, I came across Blue Abyss, which was the exact replica of a dream testing and research facility I envisaged to be involved with. From that moment on, I was determined to partake in marine and space exploration all over the world, and never looked back. Join me on my journey thus far to see my mistakes, successes, and current whereabouts as an expedition scientist onboard the OceanXplorer.

In part one, published today to celebrate World Ocean Day 2022, we’ll explore where I am right now (ie the best days of my life!) 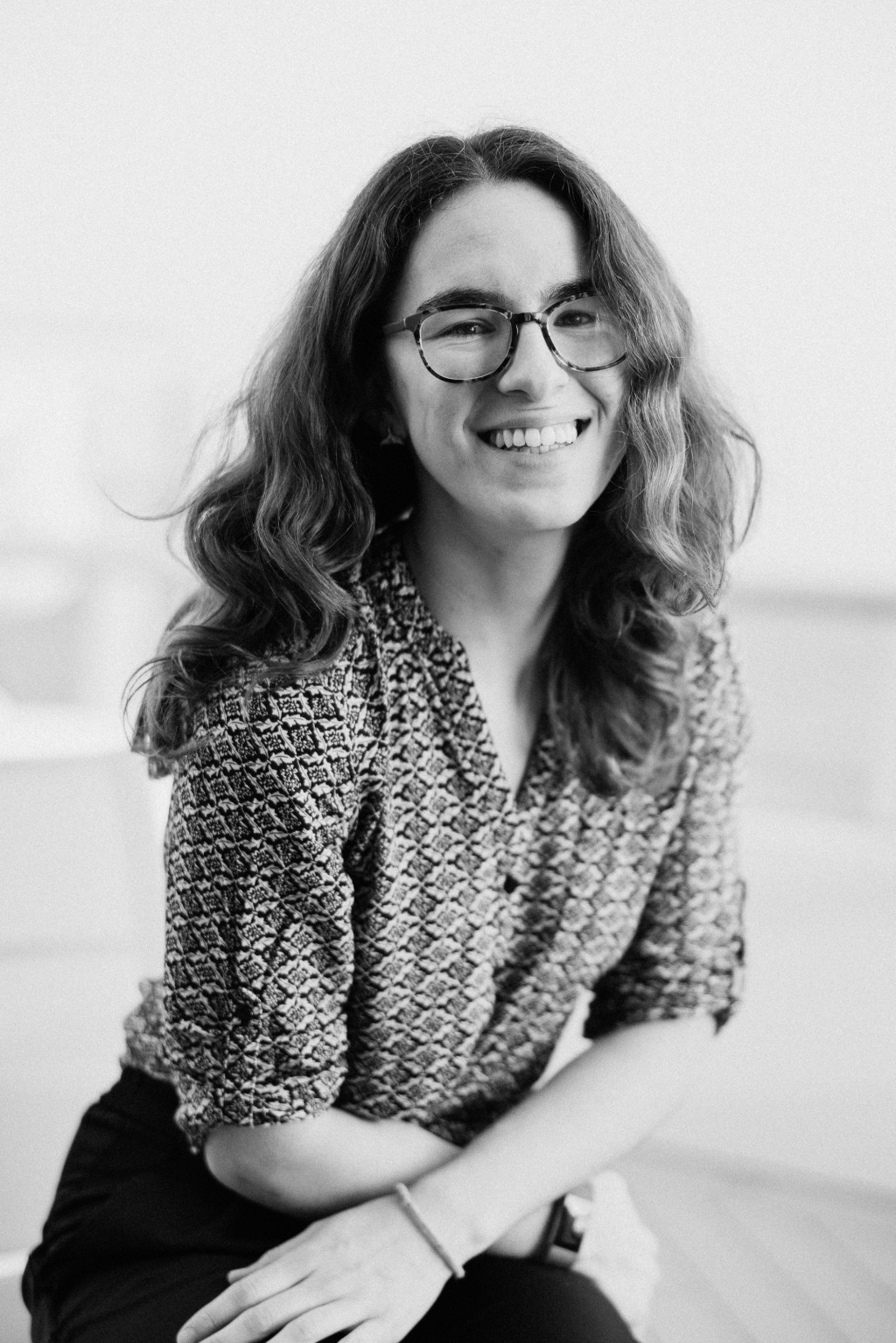 Arts and Sciences do go together.

Let’s jump right into the good part, welcome to my current day job!

I am currently working as an expedition coordinator and scientist onboard the OceanXplorer, as part of a 5-month long mission called the Red Sea Decade Expedition. OceanXplorer is the most advanced scientific and media vessel on today’s seas, and it is such a privilege to work onboard! I have followed OceanX for YEARS dreaming to come aboard and work for them – and so I still cannot quite believe that I am here!

And yes, the ship is as epic as it looks! 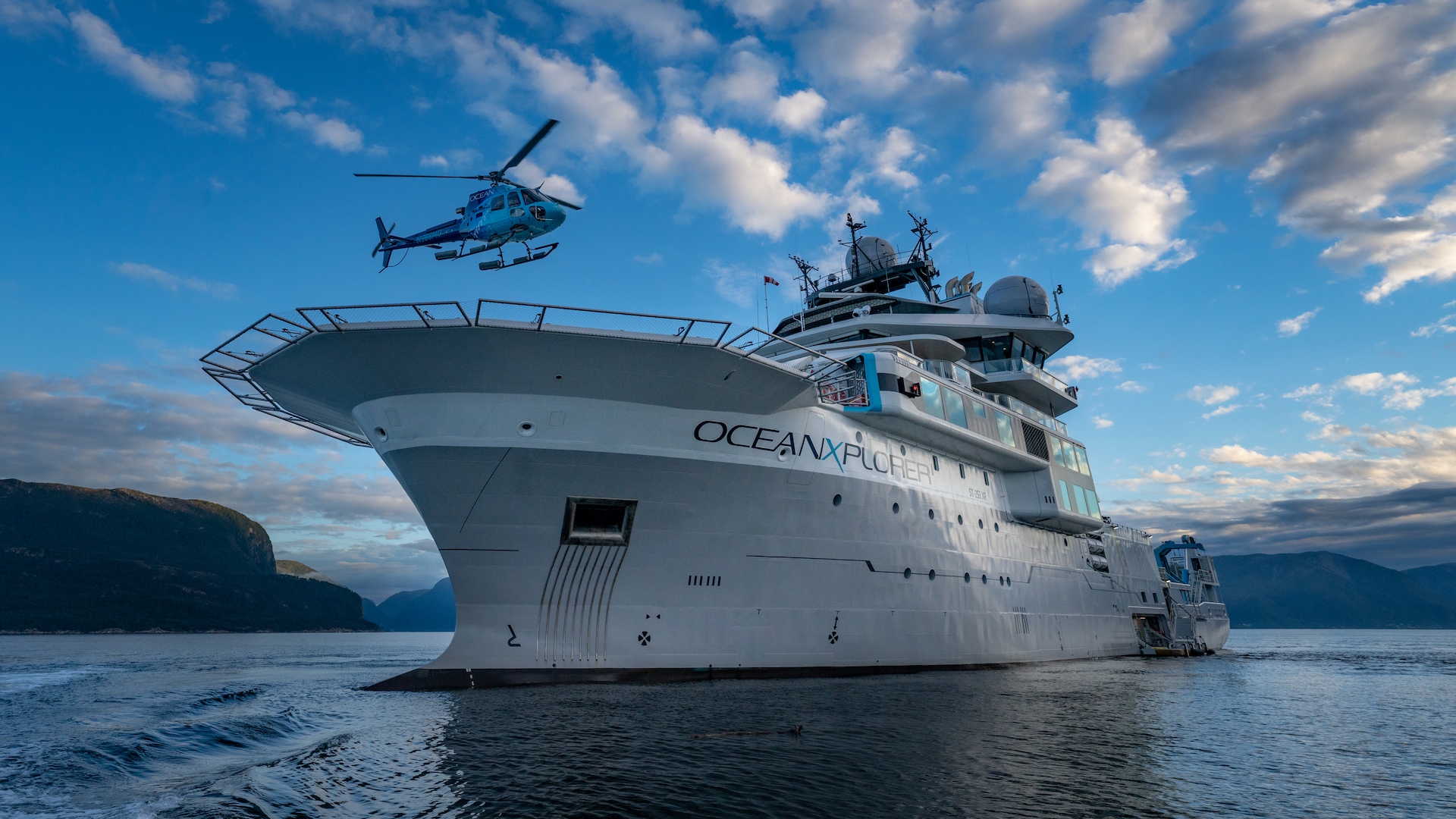 The OceanXplorer. Photo by the OXR Media team

The goal of the expedition is to make an inventory of the biodiversity of the Red Sea, from all biological scales, all depths of the ocean, and in all locations! Basically, we want to know what life forms live here – and this includes teeny micro-organisms to whales. So, we have been zigzagging up and down the length, breadth and depth of the Red Sea using a lot of very cool instruments! Every day, we deploy various assets:

I am lucky enough to be involved with all tasks onboard. So, my days are spent cataloguing samples in ROV Mission Control, spotting dugongs from helicopters, sitting in submersibles, preforming chemical analyses on water samples, and extracting the environmental DNA from sediment cores in the lab!  However, definitely the most important part of my day is watching the sunset on the helipad and pinching myself that this is still real! 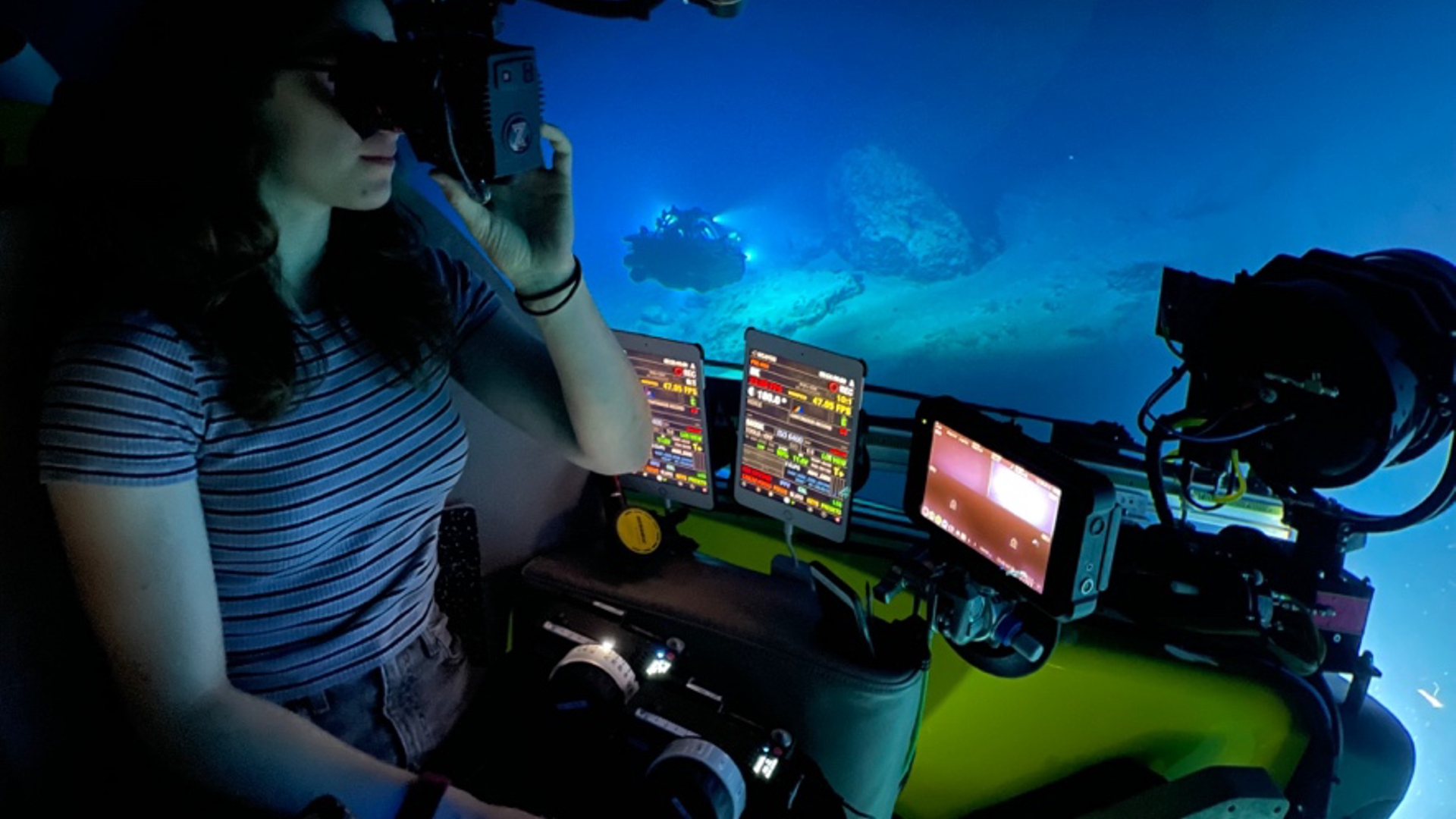 Recording media footage in the submersible. Photo by Dan Booher

In addition, I have also had the great privilege of working with the exceedingly talented media team - on everything from broadcasting LiveX classrooms about megafauna surveys to schoolchildren, to filming media outputs for various events, to helping record audio on helicopter flights. I am a huge creative as well as a biologist, so using art to communicate our discoveries has been inspiring to say the least, and I was always willing to work with the media team on their projects. It feels like I am finally using both my scientific knowledge and artistic mindset, and I cannot wait to see what opportunities this path opens. So - art and science can definitely (and should) co-exist! 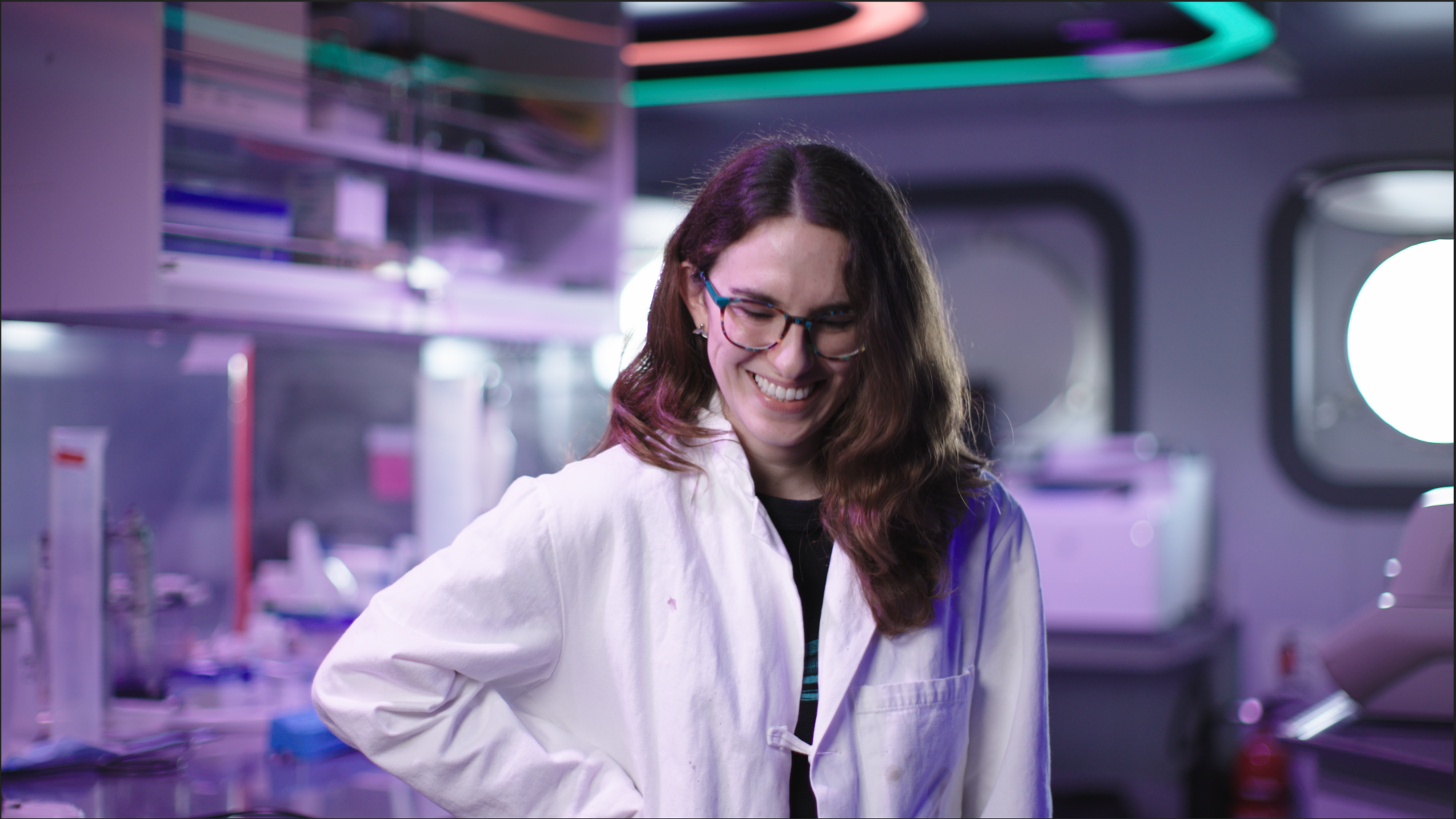 Finally, helping to manage some of the logistical and scientific operations onboard is a never-ending task; often with last-minute changes, and many urgent problems that need to be solved simultaneously! Although very stressful at times, I have learnt so much about organising a complex research cruise and have great appreciation for what goes on behind the scenes. Thus, my evenings often consist of writing SO MANY emails, planning equipment transfers, and trying to clear permits. A few midnight oils were burnt, that is for sure! 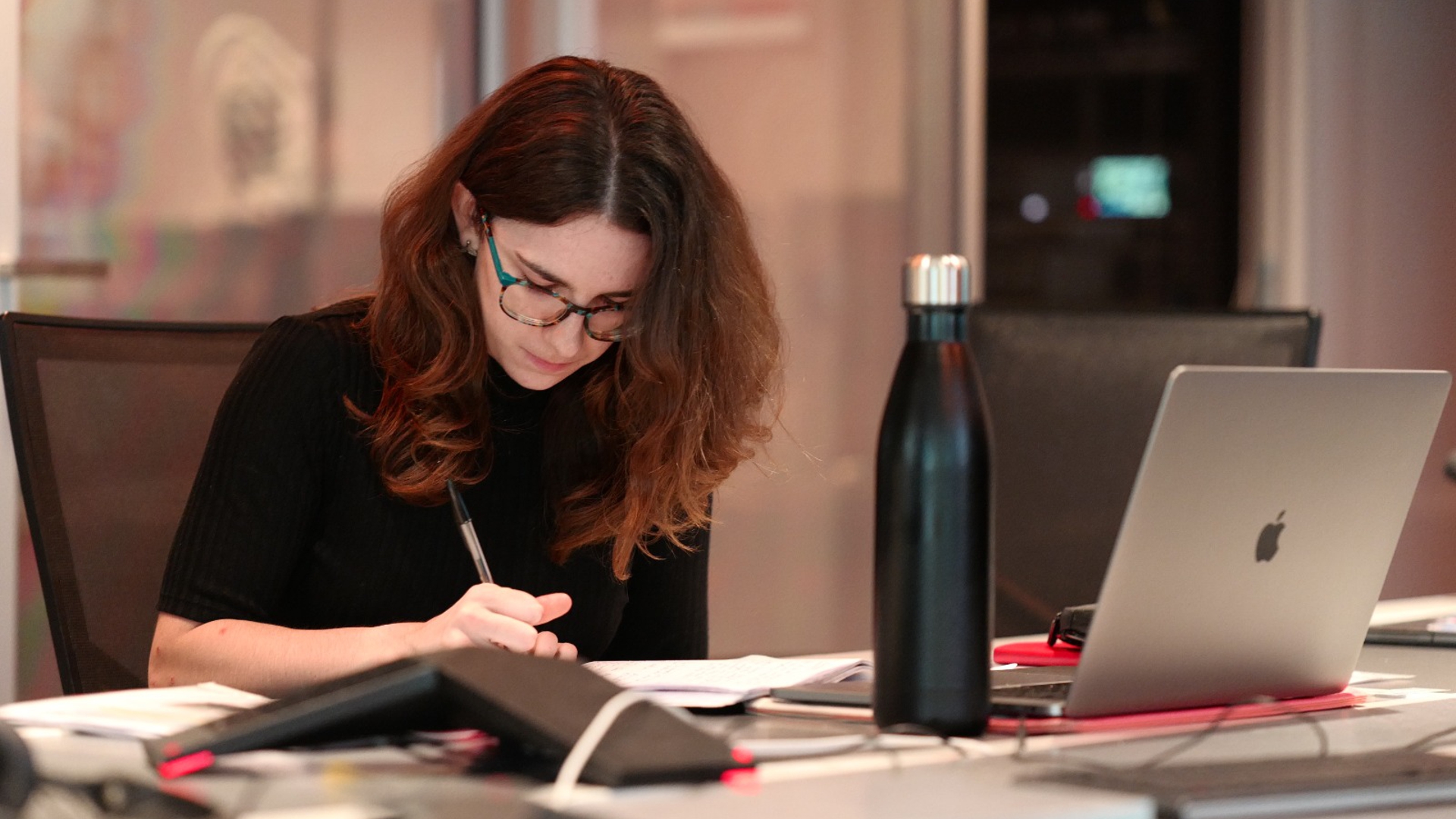 I am dreading the day when I leave my OceanXplorer home in a month. Not only are these some of the most incredible days of my life, but some of my closest friends are part and parcel of the ship. However, as the end of this amazing expedition draws closer, I think it is time to rewind!

In part two, I will answer the question that many people now ask me;

How did you end up here?

You can see more of Jenn's work at: Jenn Thomson | With special thanks to OceanX 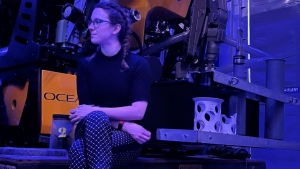 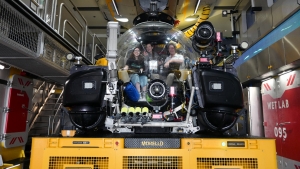 Myself and the Nat Geo explorers Erika Bergman (sub pilot) and Mike Kasic (sound/media) going to record the ocean depths! 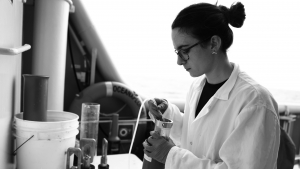 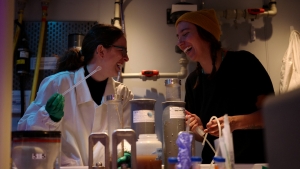 Myself and my OceanXplorer bestie Larissa Frühe, collecting the surface sediment from deep-sea cores, to later extract the DNA from them. 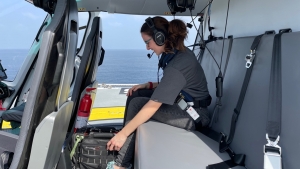