17 British students who took the Space to Earth Challenge set by European Space Agency (ESA) astronaut Tim Peake, had a unique insight into astronaut health during a prize visit to the European Astronaut Centre in Cologne, Germany on July 4th 2016. Over 20,000 children from around Britain ran, swam, cycled or space-hopped to complete the 400 km distance from Space to Earth whilst Tim was in Space.

Sponsored by Blue Abyss and associates 3PM, Hoare Lea and Pell Frischmann, children between the ages of 10 and 17 met with Tim as he undertook his post-mission rehabilitation. They also had the opportunity to check out life-size International Space Station training modules, the neutral buoyancy facility and visit the Envihab centre where the astronauts train.

The fitness challenge focused on helping students appreciate why exercise has been so important to Tim during his long-duration mission to the International Space Station. Students were able to observe one of Tim’s physiotherapy sessions and hear from Tim and his Space Medicine Team about how his body has changed during flight and how he is working to regain full fitness. Tim explained in detail how his weight, body shape and balance had been affected by his six months in Space. After only a couple of weeks back on Earth, it is clear that Tim is in great shape as he ran through his exercises and invited students to exercise with him.

Students were able to quiz Tim not just about his health but also about his experiences on board the International Space Station.

It was a fantastic treat for the children to meet Tim, and a fitting reward for their efforts in completing the 400 km fitness challenge. Challenges like these not only play an important role in teaching and engaging children in the importance of fitness, but they inspire the next generation of astronauts and scientists, eager to learn and to explore – something that we encourage at Blue Abyss.”

Over 20,000 children have already taken part in the Space to Earth Challenge and we want even more to join in now that Tim is back on Earth. Tim is passionate about fitness and wanted as many people as possible to train with him and get fit when he was in Space.”

The challenge has captured the imagination of the schools and young people. Each school has been creative with how they have tackled the physical challenge set by Tim and we are delighted that so many have combined this with science and media activities.”

An exclusive cartoon by Financial Times cartoonist Jeremy Banx provided a take-home memento for the children.

An event was held concurrently at Writtle College at the University of Essex. Local schools completed the 400 km challenge by running and cycling, as well as conducting Space-themed experiments and handling a real spacesuit. 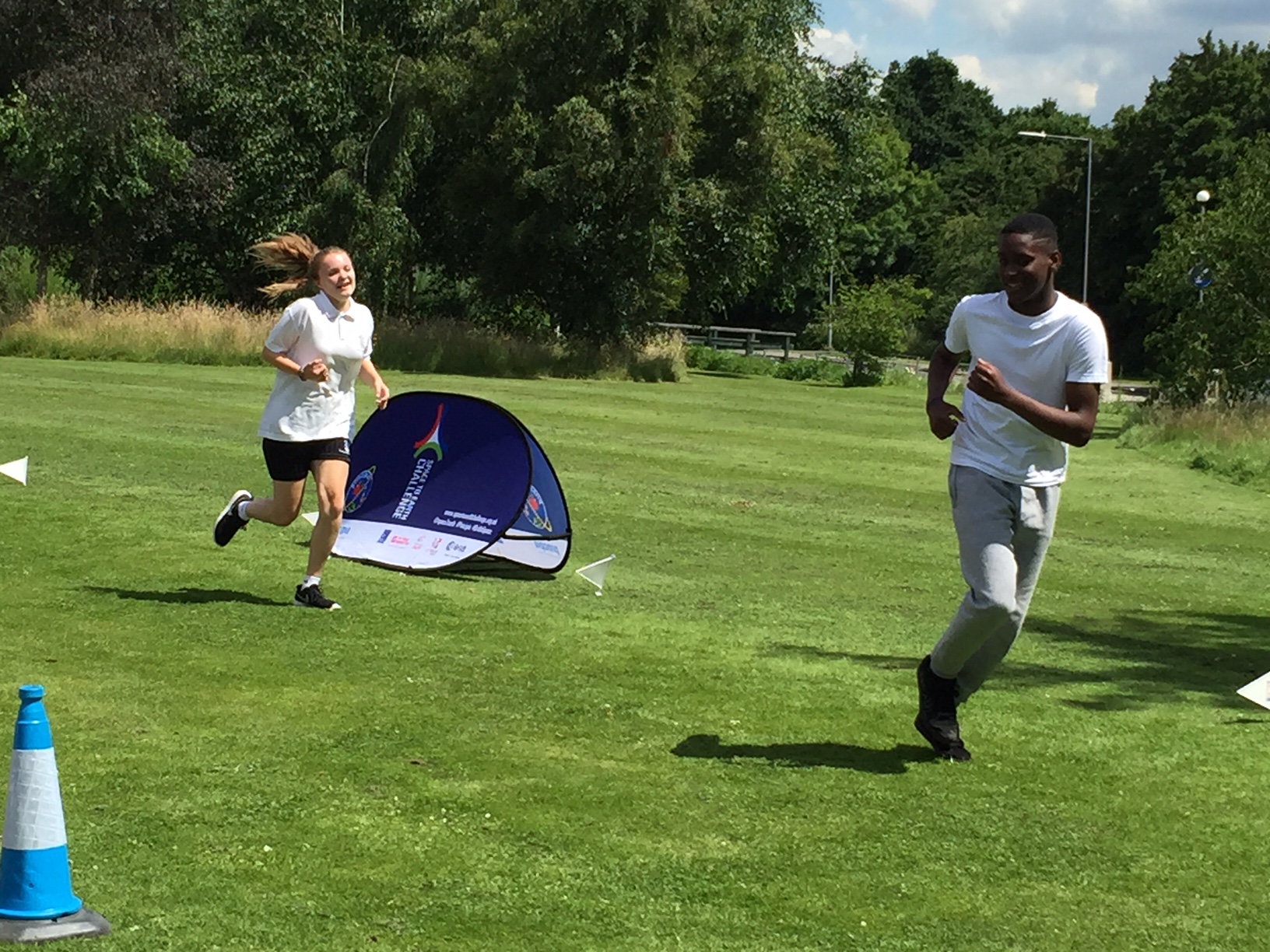