Taking further steps towards delivering the world’s most comprehensive, extreme environment research, test and training services, Blue Abyss, and 0-G Launch have signed a Memorandum of Understanding with the aim of launching parabolic flights from the UK.

During the collaborative missions, Blue Abyss and 0-G Launch will use a specially modified Boeing 757 airframe to create micro, hypo and hyper-gravity environments, similar to what will be experienced by astronauts travelling to and visiting the Moon or Mars (16% and 38% of earth’s gravity respectively).

The missions will be used to deliver spaceflight training, scientific and technology research flights, reduced gravity experiences, and discovery flights for the general public.

Missions will typically include 15 parabolas and be able to carry scientific payloads, or up to 50 passengers in two classes: up to 10 in the ‘VIP Zone’ and a further 40 in the ‘Fun Zone’.

The first flights are planned to begin in late 2023, around one year before the Blue Abyss UK extreme environment facility is planned to open.

Aircraft parabolic flights are an incredible useful tool to train astronauts and to allow future spaceflight participants and the general public to accustom themselves with space environments. I am very pleased that Blue Abyss and 0-G Launch joined their expertise to provide this unique service from Newquay airport, the new gateway to space, the Moon and Mars. 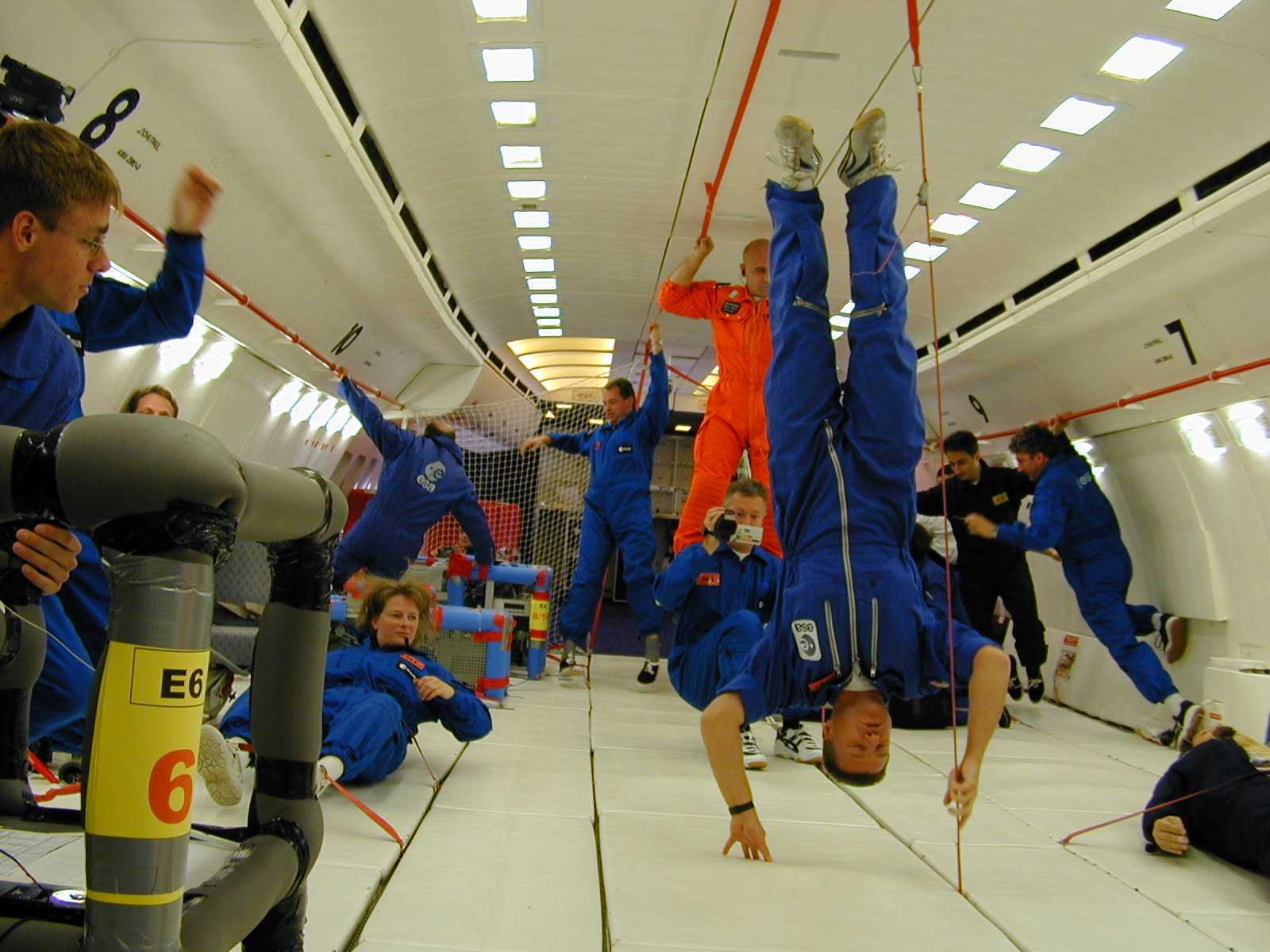 The interest to experience weightlessness and the need for spaceflight preparation is only going to grow and grow in the years ahead. A few years ago, the UK woke up to the economic and inspirational value of Space so I’m quite sure having a parabolic flight capability from within our own shores will be hugely beneficial. 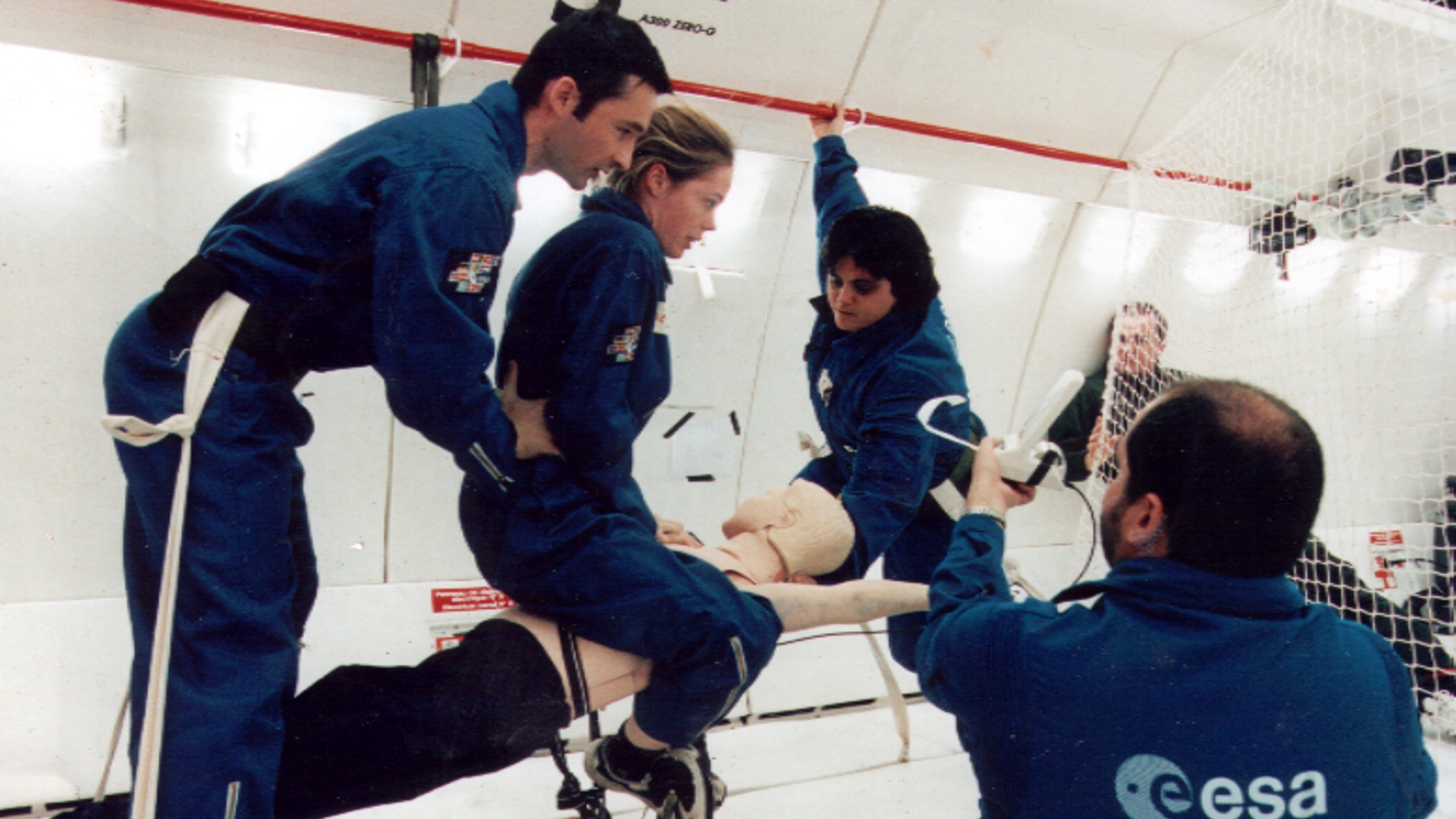 This is yet another key building block in our plans for establishing human and robotic mass participation in travelling to, and working in, Space.  The opportunity to bring the most up to date parabolic flight services to the UK is tremendously exciting and we look forward to sharing this opportunity with a growing audience of interested parties.

Blue Abyss is setting-up a state-of-the-art facility to become the world’s premier deep-sea and space extreme environment research, training and test centre. By adding our specially-modified Space Jet ™ commercial aircraft as part of these unique training programs, we will be offering high-precision parabolic flights for zero gravity, Lunar gravity and Martian gravity to the mix. We are extremely pleased to have 0-G Launch collaborate with Blue Abyss on jointly offering this high-quality training pathway to preparing humanity for increased exploration of space, thereby also creating many new services and technologies in benefit of Earth. 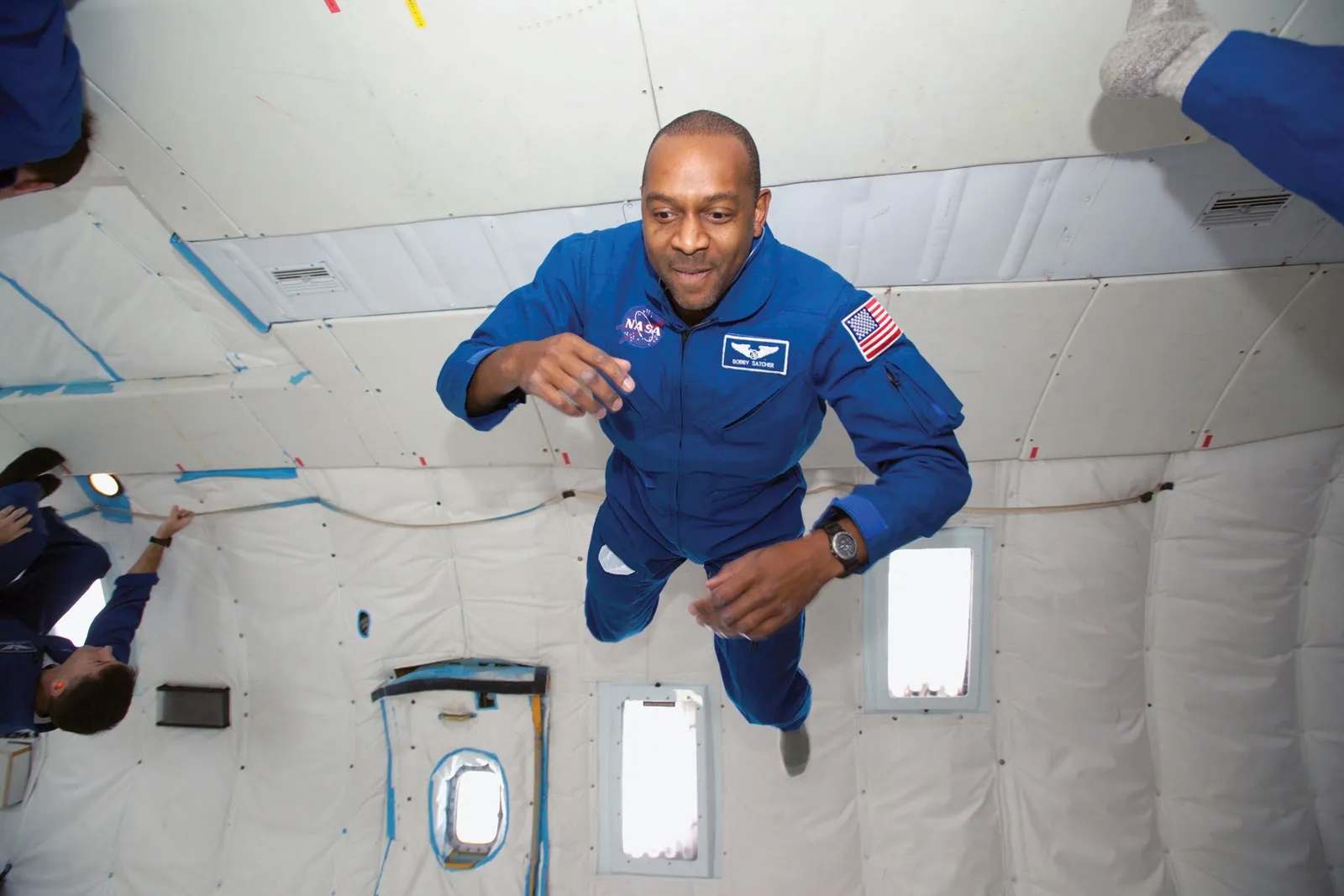 Blue Abyss will enable the research and development of marine, subsea, space, aerospace, offshore and energy technologies, and techniques. It will facilitate training, testing and evaluation to prepare humanity and technology for operations in extreme environments through life science research, diver and astronaut training and technological readiness advancement. Creating valuable educational resources and outreach, raising aspiration and awareness among young people around the world and promoting the critical importance of sustainable green, blue and space economies.

The Blue Abyss team and its advisors includes a number of preeminent experts in the field of human spaceflight and astronaut training including:

Expert in microgravity research at the European Space Agency for 30 years, Prof. Pletser has logged 7,360 parabolas at zero-g, Mars and Moon gravities on 14 aircraft, during 90 flight campaigns (a Guinness world record). He has served as Astronaut Training Instructor for parabolic flights and Spacelab missions, and he followed astronaut training at NASA’s Johnson Space Center in Houston for a Spacelab mission.

An expert in the field of space physiology, Dr. Parazynski’s career spans 17 years at NASA with 3 space missions, during which time he completed more than 47 hours on spacewalks.

The first and only Romanian cosmonaut, Dumitru-Dorin was selected for spaceflight training in 1978 undertaking an eight-day space mission on board Soyuz 40 to the Salyut 6 Space Laboratory in 1981, and leading the Romanian Space Agency as President between 1998 and 2004.

A former Apache pilot, flight instructor, test pilot and current European Space Agency astronaut, Tim was the first British astronaut to visit the International Space Station, where he conducted a spacewalk during his six-month mission.

You can learn more about aircraft parabolic flights here.