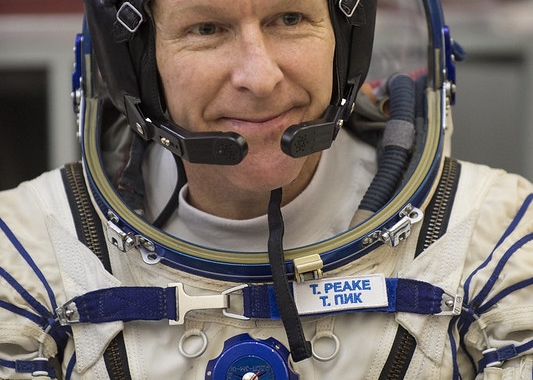 Living by our motto ‘Fly High’, Blue Abyss is delighted to welcome British astronaut Tim Peake to the team. Tim is taking a sabbatical from the European Space Agency (ESA) to pursue outreach activities and personal opportunities that include joining Blue Abyss as an Advisory Board member.

Tim will offer specialist guidance and direction to Blue Abyss, helping to provide a safe and controlled environment to prepare humans for the extreme environment of space, as well as supporting the interaction between humans and robotics to discover the unknown.

Tim will also champion the advancement of STEM education, inspiring the next generation of scientists, engineers and explorers with a hands-on approach to science, technology, engineering and maths.

Exploration is in our DNA. Whether venturing to the depths of our oceans or the far reaches of space, we are always pushing the frontiers of human knowledge and understanding. I’m delighted to join the team at Blue Abyss and be involved in such an exciting, innovative and relevant project.

Having previously worked with Blue Abyss’ Professor Simon Evetts at the European Astronaut Centre, Tim is no stranger to the ground-breaking project and now has the opportunity to invest his time and expertise.

We stand on the brink of a new era of space exploration. We’re transitioning from ‘what’ goes into space to ‘who’ goes. Whether you’re a scientist, an explorer or a tourist, preparation is paramount and Tim will help us to design a programme that safely prepares, and educates humans for spaceflight.

We’re so privileged to have Tim on the team and his support means a great deal to us. We’ve worked relentlessly over the last few years to get Blue Abyss ready and we are close to finalising the first construction phase now. What we’re doing is so relevant today, here on Earth, in our oceans, as well as our aspirations for space, and will impact humankind long into the future. Tim will help us turn this aspiration into reality,

Blue Abyss will facilitate these intrepid endeavours in the world’s first commercial astronaut training centre, and the largest and deepest training pool of its kind.

Over the next two years, Tim will continue to support ESA as well as working with the United Kingdom Space Agency (UKSA) on their education and outreach programme and continuing his role as a Science, Technology, Engineering and Mathematics (STEM) ambassador for the UK. Tim joins the Advisory Board from January 2020.

Tim Peake was the first British ESA astronaut to visit the International Space Station, launching on a Soyuz rocket on 15 December 2015 with crewmates Tim Kopra and Yuri Malenchenko. During his six month Principia mission, Tim conducted a spacewalk to repair the Station's power supply, drove a rover across a simulated Mars terrain from space, helped dock two spacecraft and took part in over 250 scientific experiments. His Principia mission also focussed on educational outreach, engaging more than 1.6 million school children across Europe in over 30 projects during his time in space.